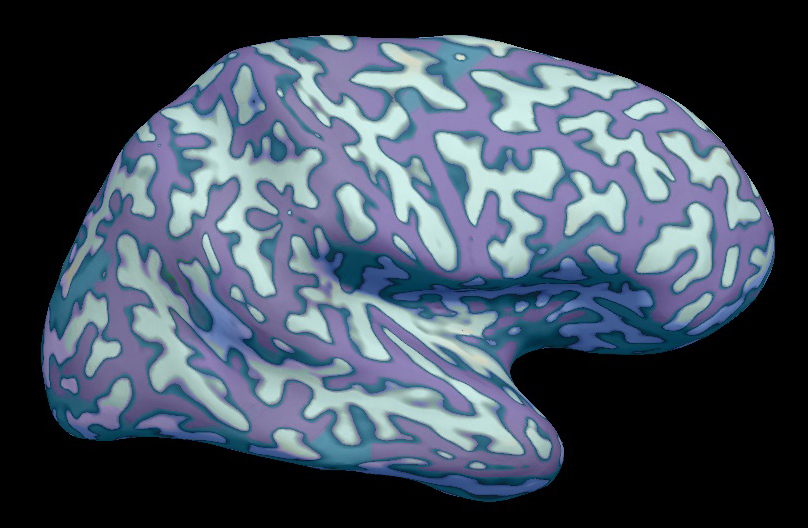 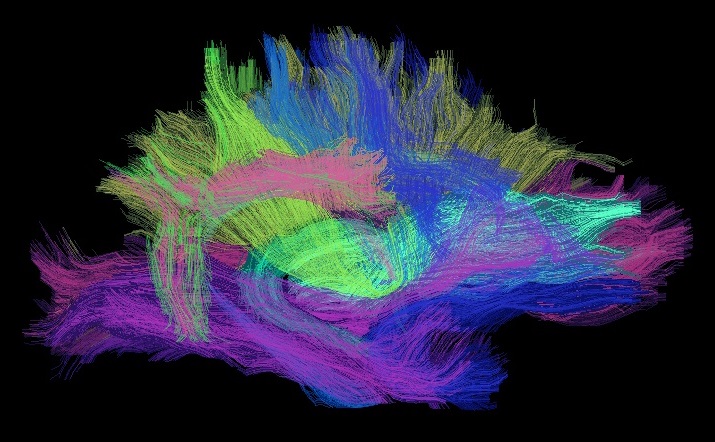 The overall goal of our lab is to examine spatio-temporal (i.e. “where and when”) characteristics of distributed neural circuits underlying cognitive and affective functions such as decision making, inhibitory control, language, and emotion perception. Of particular interest are alcohol-related impairments of self-regulatory functions which may contribute to drinking as a function of family history and neurotransmitter genetic markers. We use multimodal functional imaging including magneto- and electroencephalography (MEG/EEG), functional and structural MRI, and psychophysiological measures of autonomic functions. The synergistic approach allows precise insight into on-line dynamics of these processes, with implications for individualized prevention strategies and pharmacogenetics.

In collaboration with Dr. Axel Mueller's lab we are investigating the neural correlates of language processing in individuals diagnosed with Austism Spectrum Disorder (ASD).

We are also collaborating with Dr. Thereasa Cronan's lab to investigate the effects of a treatment-based intervention program in individuals with fibromyalgia.

Click on the links below to learn more about the research we perform in the lab!

Our research focuses on the spatio-temporal characteristics underlying cognitive and executive functions in general, and as they pertain to alcohol effects. The synergistic approach based on integration of different brain imaging techniques is especially well-suited for obtaining highly precise insight into on-line dynamics of these processes, with an emphasis on location and sequence of alcohol-related impairments.

Our work, along with other evidence, shows that alcohol intoxication impairs decision making. When preferred or automatic responses must be overridden in lieu of a different response, alcohol interferes with this goal-directed behavior, and results in impaired self-control. Consequences of impaired self-control may be the inability to stop oneself from drinking. Our studies employ a battery of tasks which require participants to engage their cognitive control while we collect neuroimaging data, which is also integrated with personality measures and genetics.

Acute alcohol intoxication particularly affects a region of the brain known as the anterior cingular cortex (ACC; noted by green arrow in Fig1), which is thought to perform conflict monitoring and decision making functions. We have found that power in theta and beta frequency bands are both reduced under alcohol, and theta power is increased under greater cognitive load; the ACC is particularly affected by alcohol under cognitive load. 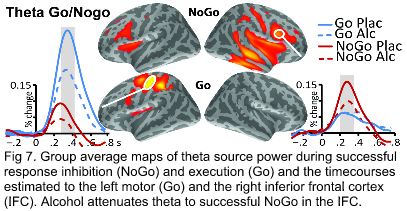 We are currently investigating differences in dopamine availability, referenced by participants' genotype for the COMT gene. This polymorphic gene codes for the amount of COMT enzyme is produced, which breaks down dopamine in the synapse. By comparing participants who are homozygous for either the Met or Val allele, we hope to elucidate how the amount of dopamine availability affects one's response to alcohol during these tasks and during rest. 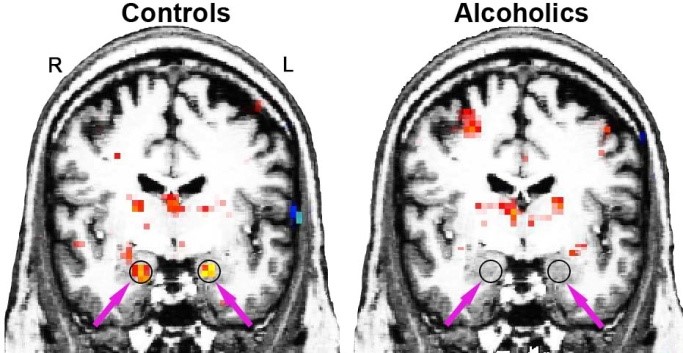 Studies of abstinent alcoholic individuals have indicated that excessive, chronic drinking can lead to brain damage on multiple levels, including atrophy and white-matter damage. The neuroimaging evidence from our research suggests that deficient activation of limbic structures inside the temporal lobes may underlie emotional abnormalities in abstinent long-term alcoholics including difficulties in accurate perception of emotional expressions. Misreading facial cues can escalate interpersonal conflict, creating liability for impaired social interaction and continued drinking. Future studies will determine to what degree these problems are the result of neural changes due to excessive alcohol consumption, or whether they precede the onset of alcoholism.

This line of research focuses on examining the neural dynamics of cognitive and affective functions in young adults as a function of binge drinking by using electroencephalography (EEG). A battery of tasks is administered to assess various aspects of cognitive (e.g., memory functioning, inhibitory control) and affective functions in young adults who engage in binge drinking. Deficits in neural systems subserving different dimensions of cognitive and emotional processes, primarily those oscillating at theta (4-7 Hz) frequency band, are detected.

Binge drinking is selectively associated with attenuated event-related theta power elicited by emotional (vs. neutral) pictures across all scalp sites, although no group difference is observed on the subjective feelings towards the pictures. Such reduction in theta power for emotional (vs. neutral) photos is positively correlated with the binge drinkers’ self-reported number of binge episodes during the past six months. 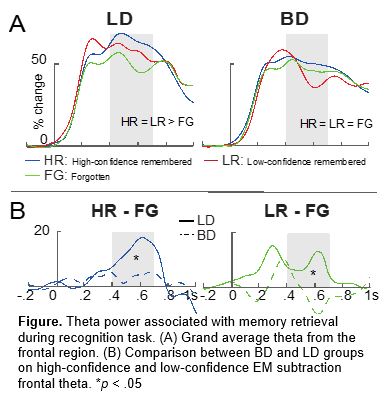 Binge drinking (BD) and light drinking (LD) participants complete a recognition task in which they judge whether they have seen the pictures during an emotional rating task they perform 48 hrs ago. During this memory retrieval session, BD group displays a decreased differential theta power for the old pictures that are successfully recognized vs. those that are forgotten as compared with LD group, particularly at frontal sites. These results suggest a linkage of binge drinking and undermined frontal theta oscillations that support memory retrieval processes. 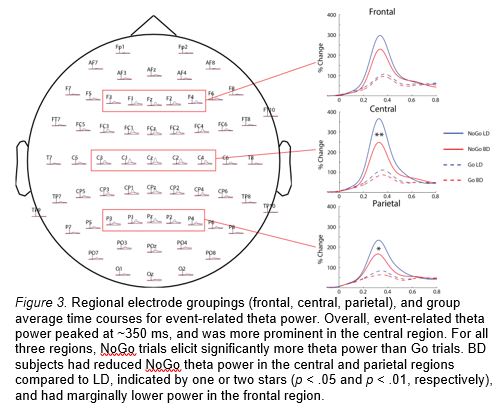 Face stimuli have captured a great deal of attention in the neuroimaging field, partly resulting from the hotly debated idea that faces are processed in a "face-specific" manner by dedicated brain areas. Indeed, efficient and correct appraisal of face identity and emotional expressions is of great importance to social primates, including humans. Our research and other evidence suggest that faces are processed in a series of successive stages engaging multiple brain areas in an interactive manner. The face-sensitive processing stage is activated at about 170ms after stimulus onset and is situated in the temporal lobe, between early visual cortex and later multimodal cortices that perform cognitive integration with the context. 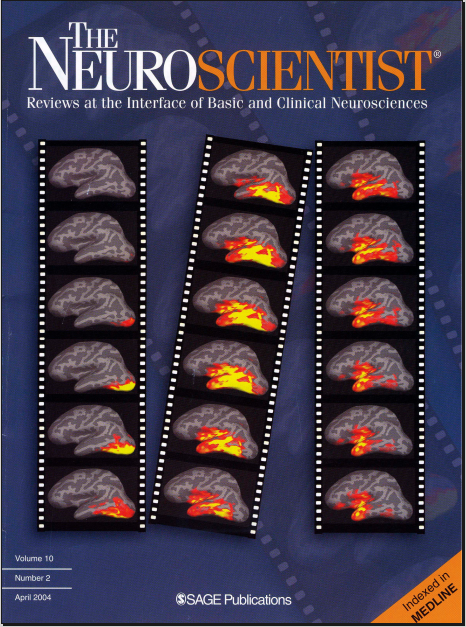 Language is essential to our communication with others and to our conceptualization of the world. Through words we acquire a multitude of information, articulate our thoughts or feelings and delight in mirth when sharing jokes. When comparing the neural dynamics of understanding written vs. spoken words, the activity starts in sensory-specific areas and progresses towards the simultaneously active supramodal regions in temporal and prefrontal brain regions. "Top-down" guidance from the prefrontal areas facilitates simultaneous lexical, semantic and contextual integration with the goal of rapid comprehension of verbal input.

Language entails much more complexity than understanding individual words, as they are arranged in sentences and discourse. Understanding jokes, for example, relies on semantic, mnemonic, inferential, and emotional contributions of multiple brain areas. In addition to the left temporal and prefrontal regions, funny punch lines activate a "second take" processing in the right prefrontal cortex in order to detect and resolve the clever "twist" they contain. Coherent integration of the intended meaning and a sense of amusement may emerge from the dynamic interaction of these regions with special contributions from the right prefrontal region. 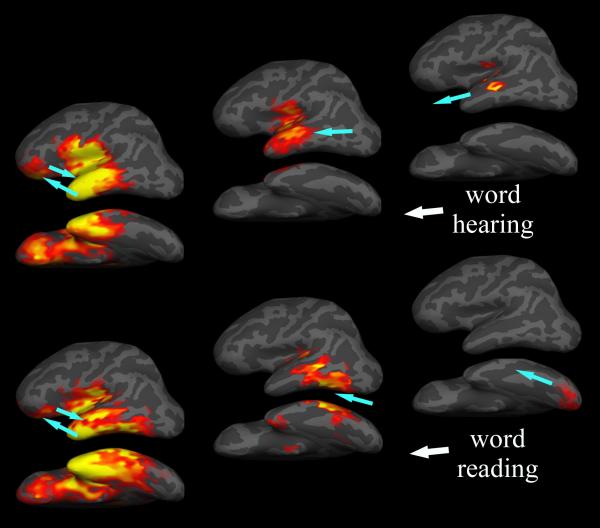 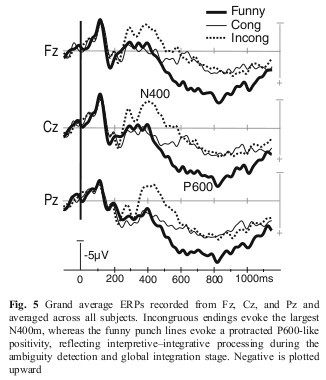 The following "brain movie" is brain activation over time while people view and react to visual stimuli. The activation begins in the occipital lobe and moves forward through the prefrontal cortex. ...

In conjunction with Dr. Thereasa Cronan's lab, we used electroencephalography (EEG) to investigate the effects of a treatment-based program designed to reduce the positive symptoms of fibromyalgia syndrome (FMS). FMS is associated with chronic pain and cognitive problems often known as "fibro fog". Because analgesics have been shown to be ineffective at treating the pain associated with FMS, it has been proposed that the pain-related symptoms are instead related to central nervous system dysregulation.